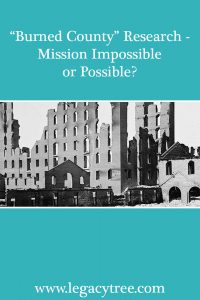 Previous article: “Who Is This?” 6 Steps to Determine Genetic Relationships of Your DNA Matches
Next article: “Am I Related to Royalty?” Researching Gateway Ancestors in Your Family History