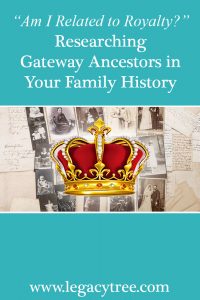 Previous article: “Burned County” Research – Mission Impossible or Possible?
Next article: “Was My Ancestor an Orphan?” Understanding Guardianship in Genealogy