Legacy Tree Genealogists works with researchers all over the world to access records for our clients. We asked one of our researchers in South Africa to talk about the National Archives and Record Service in Cape Town. 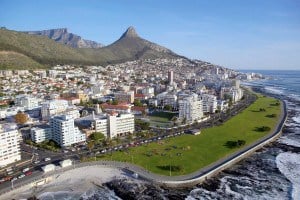 When the Dutch East India Company arrived at the Cape in 1652, they left a legacy of fine record keeping. From the moment Jan Van Riebeeck left Holland, he began his diary recording every event of his journey. These diaries continued for some years and this is where the history of South Africa immigrants began. Many such diaries document the families who arrived, noting who was born, and who died. The Cape Town Archives is proud to have these pristine documents still available to the public.

In addition to these diaries, the Dutch were renowned for their meticulous record-keeping in general, and the Cape Archives is the place to begin for anyone researching their European or Cape enslaved ancestry. In addition to these excellent personal writings, there are four important record types housed at the National Archives of South Africa.

First for a genealogist, the wills and testaments of our forefathers provide a rich and detailed look into a family’s social status and wealth, as well as naming spouses and heirs of estates.

Death Notices were introduced in 1834 and provide details of the deceased such as names of parents, the deceased’s place of birth, age, marital status, occupation, date and place of birth, and children’s names. The information on these documents, however, is not always complete or accurate, as it is highly dependent on who filled in the document and how well they knew the deceased. Also, language barriers were often a problem, so names and places could be filled in phonetically, especially if the informant could not write and someone else had to interpret the information. Then toss in various language dialects, and it is obvious that the recording of correct information was not always consistent. It should also be noted that in South African research, a death notice is not the same thing as a death certificate. The latter is technically a medical notice of death, while the former is made for the Master of the High Court whose office has jurisdiction over the estate of the deceased.

Wills and death notices were initially filed separately, but in later years were combined and then called “Deceased Estate Papers.” These include a death notice, will, and a liquidation and distribution account. The latter contain accounts of debtors and creditors of the deceased and in many instances funeral parlour accounts, and details of property owned by the deceased. The properties are both moveable and immovable assets.

Most estates and wills can be searched for online on the National Archives website (www.national.archives.gov.za) under the heading “National Automated Archival Information Retrieval System.” Users need to choose the province in which they would like to search. If searching the entire database, the RSA option should be used. Only Cape documents up to 1958 are indexed on their website; later years need to be searched manually in their offices or through the Government Gazettes which are not freely available online.

Opgaaf Rolle or Tax Rolls (Inventory 1/5 J Series) were introduced in 1692 and kept until about 1845. These documents were collected on a regular basis and provide a wealth of information into socioeconomic status. These records include the full names of the husband and wife, the name of their farm, and how many sons and daughters they had (these were recorded separately). But this was not all–also included was an enumeration of their possessions: how many slaves they had, cattle, horses, sheep, guns, and trek-oxen, as well as what they had harvested. Every bag of corn, every vine was counted.

When visiting the Cape Town Archives, it is advisable to apply for permission to photograph documents well in advance by email. Photography of any kind is not allowed without such a permit. Additionally, some document types are not allowed to be photocopied either, for any reason. Finally, keep in mind that – as is common with archives all over the world – there is a daily limit on the number of files you can draw and view. Make sure to prepare for your visit ahead of schedule so as to make the wisest use of your time and resources.

Do you have South African ancestry you’d love to know more about? Contact Legacy Tree Genealogists for a free consultation with one of our project managers. With overseas agents like Heather in almost every country, half a world away can quickly become a much shorter distance. 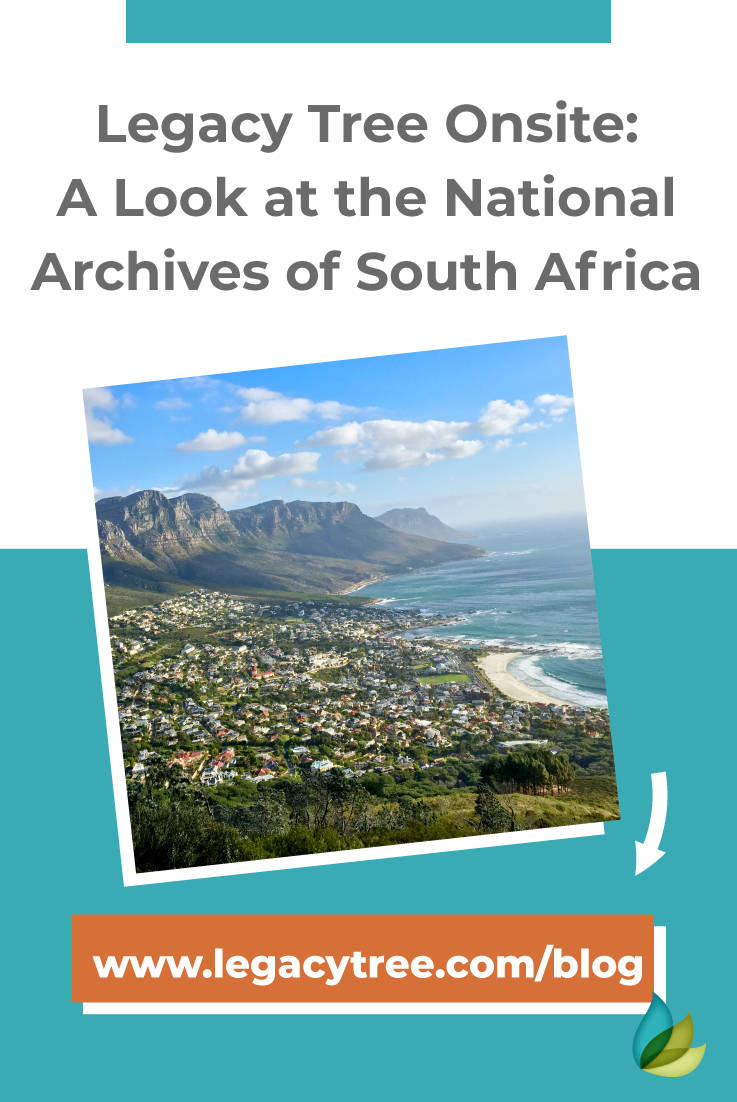