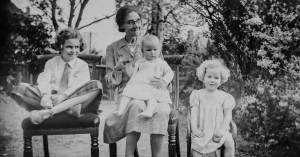 The occupation of "keeping house" in the 19th Century, was no easy task! Here's a look at what such an occupation may have entailed for your ancestors. Fanny Belle Kough was eighteen years old when she began her vocation of keeping house, as noted on the 1880 United States Federal Census:Becoming the wife of Hatch Harman on 16 December 1879, Fanny Belle kept house for a man more than twice her age and his eight-year-old son from a previous marriage. Eventually, Fanny Belle would also keep … END_OF_DOCUMENT_TOKEN_TO_BE_REPLACED