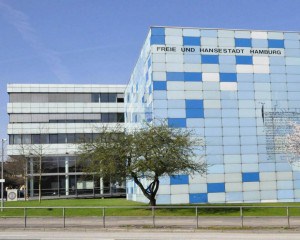 Photo of the Staatsarchiv Hamburg by Corinna Jockel, Hamburger Reformation.

Legacy Tree  Genealogists works with researchers all over the world to access records. We asked Rieke from Germany to write this post, discussing what it’s like to conduct research at the State Archive of Hamburg. Take a look!

Family history research in Germany can be very confusing because of the bureaucratic and variable complex structures of the different types of archives. The organization and preservation of documents is not consistent, which sometimes makes locating a repository for the documents and records of your ancestors a challenge in and of itself.

Church books, for example, are sometimes stored in the office of the tiny parish where they were created. Or sometimes they have been delivered to a church archive nearby, or other times microfilms of the originals have been archived at an even bigger church archive (like the Kirchenbuchamt in Hanover, including all parishes of the former kingdom of Hanover, which are mostly parishes of the federal state of Lower Saxony nowadays).

The State Archive of Hamburg, as an archive in a city-state, is in a very comfortable situation concerning different types of secular and ecclesiastical documents. It combines the function of a state archive, a community, and even a church archive. Numerous valuable sources for your family history research can be searched in one place.

The State Archive of Hamburg has existed for over 300 years. In 1998 it moved from the city center to a functional building with an extraordinary design, divided into two sections: an ice blue depot-cube without windows, designed for preserving all fragile documents; and the administrative and visitors wing. Visitors have to order the different types of documents via a printed form. As with many archives, the staff is limited. Therefore, patrons are restricted to 10 documents only per visit, and the order has to be made by 11:15 a.m. if you want to receive them the same day. These conditions do not always allow research to “flow” and creates obstacles to how much can be accomplished in one sitting. New information about your ancestors may have to wait until the next day/visit, until the next record can be ordered.

The most frequented records in the archive are the civil registry records/vital records (Standesamtsurkunden), which have been created for residents of Hamburg since 1874. Besides general information like name, profession, civil status, date and place of birth/marriage/death, they may also contain interesting remarks concerning potential children, adoption, divorce, or decease of another person. For the period from 1865-1874 there was kind of a precursor called Zivilstandsurkunden containing similar information to the later vital records.

Before the government began recording vital events in 1865, personal data was registered in the church books. In total there are five main Lutheran churches in Hamburg, but many smaller parishes belong to Hamburg as well, which can be relevant. For example, many American immigrants claimed to be from Hamburg when they really meant one of the smaller jurisdictions outside of it. (It was an easier and faster way to state their origin than trying to describe a little town, but would not be accurate enough for a genealogist!)

There is a general name index to the church books for the period of 1816-1865, including all denominations – not just Evangelical Lutherans, but Catholics, Mennonites and Jews as well. Prior to 1816, there are just name indexes of different quality for each single parish individually. Sometimes those name indexes contain the name of the baptized child, but sometimes they list just the father.

Most of the church books start in the late 16th century, but some go even further back into the 15th or even 14th centuries. While exciting, a general rule is that the earlier the entry was registered, the less information it will contain. For example, in one early baptismal record, it was only mentioned that a son called Friedrich was born to Wilhem Müller on 7 September 1643. The profession of the father and/or the name of the mother is often missing.

A really valuable source for any genealogical research is the resident registration card. Hamburg has no census lists. Instead, Germany in general has a resident registration law. Every single person in Germany has to be registered with the authorities within a week of moving from one address to another. In Hamburg, the available archival collection includes cards for people who moved, died, or married (in the case of women) for the period 1892-1925. Due to World War II, the cards for the period 1926-1942 were destroyed, so there is a gap for those years. From 1943-1945 the registration cards are preserved, as well as tax cards from July 1943. Registration cards more recent than 1945 are under a retention period but can be searched with special permission.

The following information about a family can be given in one document:

These three inventories (civil registration, church books, and resident registration cards) are understandably the most frequented ones, since they deliver the most useful facts and life data for a person. Still, that information builds only an outline – a skeleton of bare-bones names, dates, and places. To get a better impression regarding the unique details of a person’s life, there are some interesting documents that are worth a closer look.

As one example, the State Archive of Hamburg contains records of the police department’s criminal investigation office from 1769 to 1879. Using these documents is like reading a crime novel. Not only do you learn how the police system worked during earlier historical eras, but also what kind of activities and human conflicts constituted crime in former times. The numerous files paint detailed pictures of different personal fates.

I was fascinated by the story of a young man who borrowed money from a distant uncle to enjoy his life in Berlin and Paris in the beginning of the 19th century. After squandering everything he had on drinks and women, he wanted to kill himself. However, his attempt was unsuccessful. He shot himself in the ear without being seriously injured and his neighbor called the police upon hearing the shot. Suicide was a crime, so the young man was arrested – and the account of this unfortunate part of his life preserved for future generations to read and study.

There are abundant fascinating documents in the State Archive of Hamburg that can give you a vivid impression of your ancestors’ lives using records which are almost entirely unavailable in the United States. Legacy Tree Genealogists has onsite agents in Hamburg and worldwide. If you’re interested in extending your German heritage but need help accessing certain records, contact us today to discuss your goals. The initial consultation is totally free.

Previous article: MyHeritage Name Translation – A Useful Tool for Worldwide Research
Next article: What Was It Worth?: Calculating the Historic Value of Money