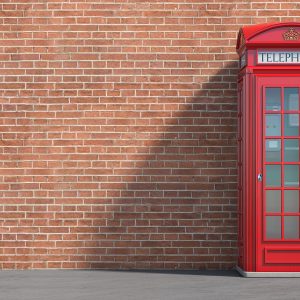 Legacy Tree Genealogists’ researcher Jamie Kay shares a case study that demonstrates how she resolved a “brick wall” to extend the ancestry of a client’s British grandmother, who was sent to Canada in 1877. (Shared with client permission.)

A client recently asked for assistance in extending the ancestry of her grandmother, Helen Lilley, who was sent to Canada in 1877 from an orphanage in Glasgow by her maternal grandmother, Helen Gray. Helen’s father had passed away and it was said that her mother was “leading an immoral life.”

The client was an experienced researcher and had already documented the 1849 birth of Jessie Gray, the little girl’s mother, who was born in Tobermory, Argyll, Scotland, to master mariner Alexander Gray and his wife Helen MacLean. Copies of census records for the family were provided, including the 1871 Scotland census from Glasgow showing widowed Helen Gray with her two daughters, Jessie Lillie and Mary Gray, confirming their births were in Tobermory.

The “orphan” girl had left written recollections of her life in Scotland for her descendants. These included information about her father, Henry Lilley, who was a circus performer with Cooke’s Circus, who died when she was five. The orphanage record indicated young Helen was born on 2 November 1871 and that her grandmother was going to be a nurse in Broomfield and could not care for her.

Knowing the client had already searched extensively for information about her grandmother’s family, we took on this assignment as a challenge, using the following principles.

Search for all name variations.

The variation in the spelling of the Lilley/Lillie surname has already been noted between the Lilley spelling used in orphanage records and Jessie’s married name that was spelled as Lillie on the 1871 census, with other spellings phonetically possible. However, it is important to be aware of variations in given names as well.

In Scotland, the names Jessie, Jane, Jean, and Janet are interchangeable, and records using all variations must be searched. Helen could also be known as Ellen, Elly, Nell, or Nelly, to name a few. It is always a good idea to check websites or reference books on names in the area you are researching. FamilySearch Wiki entries for names in Scotland, England, and especially Ireland and Wales, can point to important resources. Names from Gaelic and Welsh can have very different variations when translated to English.

Helen Gray was found on the 1881 and 1891 censuses in Glasgow, though her age and specific birthplace in Argyllshire were not consistent with each other or with earlier documents. However, her address on those censuses was listed as 73 John Street, the same home address listed on her death certificate from 1893 that was located during research for this project.

Civil registration death certificates from Scotland (after 1855) contain a wealth of information besides the name, age, death date, and cause of death. The spouse’s name and occupation as well as parents’ names of the deceased are recorded, including the mother’s maiden name. Because those two censuses were considered to possibly belong to the ancestor from the beginning, they pointed to the grandmother’s death after 1891, and her death record confirmed the documents were all for the same person.

Obtain copies of as many original records as possible about the family of interest.

Index entries and transcriptions rarely include all the information from the original documents. Copies of the original records often cost an additional fee, but they are almost always worth the investment.

Exhaust all logical locations to search for records and then think outside the box.

For the Lillie research project, an exhaustive search was made for the family in Scotland with no birth record for Helen within five years of 1871, no marriage record for Jessie/Janet/Jane/Jean Gray to a Lillie (using a Soundex search), and no record for Jessie Lillie after the 1871 census with her mother in Glasgow. Cooke’s Circus was based in Glasgow, so Jessie Gray likely met her husband there.

Most families in Great Britain in the 1800s lived in the same area as their ancestors, though Helen Gray and her daughters were over 120 miles from their home in Tobermory when they were enumerated on the 1861 and 1871 censuses in Glasgow.

The next step was to research other places in Great Britain. Helen Lilley was born on 2 November 1871, according to documents from the orphanage provided by the client. The civil registration birth index for England had an entry for Ellen Lilley in the fourth quarter of 1871 in Liverpool, Lancashire, located 220 miles south of Glasgow.

Jessie Lillie was in Glasgow in the spring of 1871 for the census, so it seemed unlikely this record could have been for her daughter, but it was ordered from the GRO. The birth certificate listed the child’s parents as William Henry Lilley, a laborer, and Jessie (Gray) Lillie.

The marriage record for William Henry Lilley to Jessie Gray was the document needed to confirm the birth record was indeed for the “orphan” Helen Lilley. William worked as a gymnast and Jessie’s father was Alexander Gray, a master mariner. The couple married in 1869 in Bolton-le-Moors, Manchester, England, located about 37 miles east of Liverpool. Jessie (Gray) Lillie, therefore, traveled over two hundred miles from Glasgow to Bolton-le-Moors sometime between the 1861 census and her marriage in 1869, back to Glasgow to be enumerated with her mother and maternal grandmother in the spring of 1871 on the Scotland census, and then again to Liverpool by the birth of her daughter in November of that year.

“Orphan” Helen Lilley was born in November 1871 in Liverpool, England, more than 200 miles from her mother’s home in Glasgow in the spring of 1871, and her name was listed as Ellen on her birth record. Without taking into consideration the name variation and thinking outside the box of logical locations, her birth record might have been missed.

Gathering all available documents for the family allowed for Helen Gray’s ancestry to be extended. Census records that did not quite match known information about her were still considered, and her death record confirmed they were her census entries and listed her husband’s and parents’ names. Jessie Gray’s marriage record matched her father’s name and known occupation, and her husband’s ancestry was able to be extended using his father’s name from their marriage record. The 1875 death record for William Henry Lilley in Liverpool was witnessed by his widow, Jessie Lilley, again roughly matching information remembered by their daughter Helen/Ellen that her father Henry died when she was five years old.

Brick wall breakthroughs are always celebrated! More progress can be made using these research strategies.

Have you run into a genealogy “brick wall”? The experienced team at Legacy Tree Genealogists can help. Contact us today to request a free quote!

Previous article: Finding Your Eastern European Ancestral Village
Next article: Celebrate the Women in Your History