Immigration ancestor research can be very rewarding as you discover the story behind your ancestor’s journey across the pond. In this guide, we share 15 steps to discovering your ancestor’s story of their journey to the United States and help you retrace their steps to find the records and data to verify your heritage.

If you live in the United States and your ancestors aren’t Native American, then your ancestors crossed the pond at some point. Depending on the time period and proximity to a port, they might have walked, ridden on the back of a cart, traveled by train, or even taken a small river boat to get to the port city. They got word from a family member or friend telling them exactly how to travel, the best places to stop along the way, the best merchants to do business with (and some to avoid), and the best ticket agents from which to buy a ship ticket. Your immigrant probably knew exactly which shipping line to book passage with, and maybe even the exact ship they should travel on. 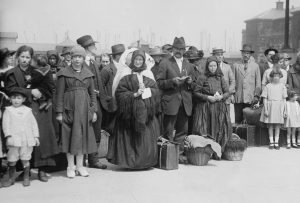 Your ancestor, excited for the opportunities ahead and perhaps anxious to leave behind persecution, landlessness, poverty, famine, or even military conscription, set sail for America!

Arriving in the United States

After the invention of the steam engine, the Atlantic voyage went from a 45–90-day voyage down to about two weeks in good weather. There were several ports of arrival, including New York, Boston, and Philadelphia, along with several smaller ports on the Eastern seaboard. On the other hand, some immigrants arrived in Canada and then crossed the border by train or on foot. Others arrived at southern ports such as Galveston, New Orleans, Puerto Rico, and other Gulf Coast ports. 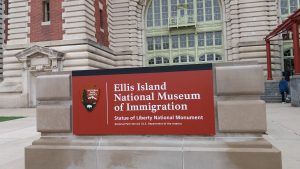 If your immigrant arrived in New York, they had to pass rigorous questioning and a physical examination and demonstrate they would not become an immediate public burden before they were allowed to enter the United States. Likewise, if they were joining someone, they may have had to wait at the port for that person to arrive and collect them. Some were even turned away the first time and persistently came again.

Upon arriving at their final destination, they obtained employment and secured a place to live. They attended church, hopefully in the religion they had participated in in Europe, but in some cases, they chose a nearby church with service in their native language instead. Their subsequent marriage might be recorded in this parish if they were single. Their children’s baptisms and confirmations (usually around age 12-14) occurred in this parish. Their attendance was recorded in this parish, including their death and burial.

At some point, your ancestor may have felt a sense of patriotism or wanted to prove they were not loyal to any other country. Perhaps they wanted the opportunity to vote for their representatives in government, or in some cases, they hoped to run for public office themselves. Whatever their core motivation, in most cases, they could apply for U.S. Citizenship after having lived in the U.S. for at least two years. Then after five more years they could turn in their final papers or Petition for Naturalization, followed by a court appearance where they swore their Oath of Allegiance and officially became a United States citizen. 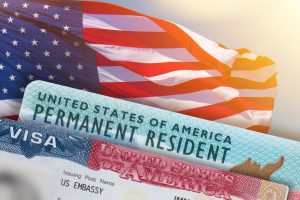 After 7 years an immigrant could officially become a United States Citizen.

If they lived in the United States during or after World War II without yet having applied for citizenship, they would have been required to file an Alien Registration form with the U.S. Citizenship and Immigration Services (USCIS). 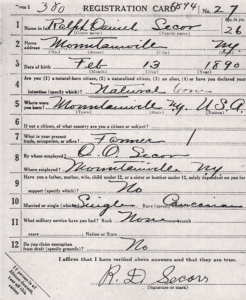 If they were working in the United States in or after the late 1930s, they might have been required to file a Social Security Account application (SS-5 form) as part of their employment.

And don’t forget to search for records of the immigrant’s children, extended family, and friends from the same town or area. Any of these records might be the key to locating your ancestor’s place of origin.

As you search for your immigrant ancestor’s hometown in Europe, there are many records you will find easily, and some you’ll have to work harder to locate. This is essential for continuing to research your family in Europe because the records there were kept by local authorities and are still only accessible by searching records from their town of origin.

The following 15 steps outline the most common records you’ll need to obtain to locate your ancestor’s specific place of birth in Europe.

1. Find each immigrant in every U.S. census in which they appear (make sure to include state censuses if easily accessible)

2. Create a summary timeline of events based on census data (include immigration date, naturalization date(s), marriage date and likely location)

3. Locate males in WWI and WWII draft registrations (generally applies to any men born after 1872)

4. Identify and order the complete pension file for your Civil War ancestor (for men born roughly between 1815 and 1847)

6. Find church records of marriage, and burial for immigrants (for Catholics always start with FindMyPast)

7. Also, find church records of baptisms, marriages, and burials of their children

10. Locate naturalization papers (could have been filed in a county court, circuit court, or district courts)

12. Alien registration for those still unnaturalized in the mid-1940s

15. If you know at least the region they came from, but still have not found the name of the hometown, search emigration (e.g. departure) lists and resources for that region 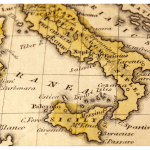 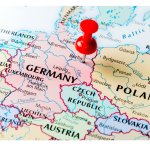 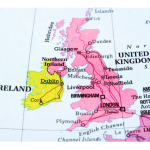 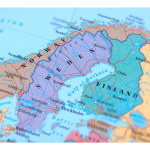 With the vast amount of information available to search, immigration ancestor research is possible but can be very time consuming. If you need assistance from an expert genealogist team, the professionals at Legacy Tree Genealogists are here to help. Learn more about how we can further your family tree by requesting a quote today.