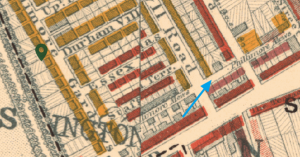 If your ancestors lived in London at the end of the 1800s, the digitized Booth poverty maps provide fascinating insight into neighborhoods and standards of living in the city. The maps form part of Charles Booth’s, Inquiry into the Life and Labour of the People in London, a study conducted between 1886 and 1903. Booth was a Victorian philanthropist and a successful businessman. I have several ancestors who lived in London during that time, so I decided to see what could be gleaned about their … END_OF_DOCUMENT_TOKEN_TO_BE_REPLACED