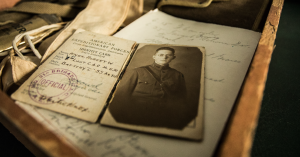 Did your ancestor serve during the Great Patriotic War of 1941–45? Learn more about their Soviet military service using this free resource!Last week in Part I of our two part series, we introduced Pamyat Naroda (Память народа), a website hosted by the Ministry of Defense of the Russian Federation (Министерство обороны Российской Федерации) to honor the participants of the Great Patriotic War of 1941-45, commonly referred to as the Eastern Front of World War II in English-speaking countries. … END_OF_DOCUMENT_TOKEN_TO_BE_REPLACED