If your immigrant ancestor had a Social Security number, does that mean they were a United States citizen? Find out!

Q: My immigrant ancestor had a Social Security number. That proves he became a citizen of the United States, doesn’t it?

The passage of the Social Security Act in 1935 was part of Franklin D. Roosevelt’s New Deal, and a defensive measure for the future against another Depression like the one in which the country was then mired. It simply created a number designed to be unique for each person, in order to track a worker’s wages for the purpose of computing his or her eligibility for – and the amount of – benefits in the event of disability, retirement, or death. 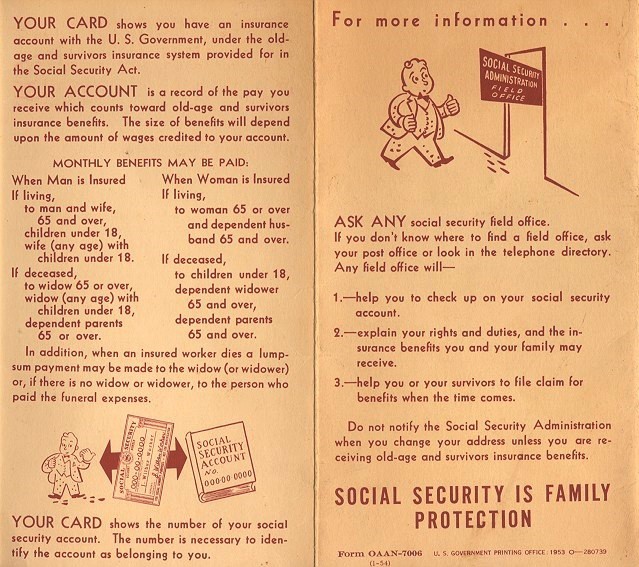 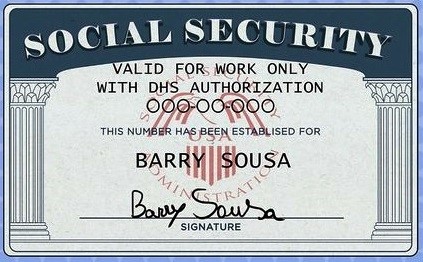 A sample Social Security card for a legal alien permitted to work in the United States. Photo courtesy http://wikihow.com/Spot-a-Fake-Social-Security-Card.

The table below provides a quick overview of how the Social Security Administration changed the way it dealt with non-citizens’ applications for a Social Security number between 1936 and 1988.

The lack of any requirements to prove an individual’s identity prior to 1972 is an important consideration for all of us who are relying on Social Security records to help us trace our ancestors, whether immigrants or native-born America citizens. Between 1936 and 1972, with the exception of applicants who were 65 years old or older, no one had to provide any proof to support their use of a name, their age, their date and place of birth, or any other answer to any of the questions found on the SS-5.

While this does not suggest that most or even many SS-5s contain incorrect data, it is a good idea to keep in mind the fact that there could be something on that form which is not accurate, either due to an honest mistake or in an attempt to conceal prejudicial information. If there is something on an SS-5 which is clearly at odds with other sources, that is your signal to continue searching for more sources to verify which set of records is correct.

If you would like help tracing your immigrant ancestors, contact Legacy Tree Genealogists today for your free quote.

[1] Information for this blog is drawn from