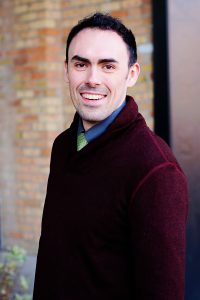 We are happy to announce that Paul Woodbury has joined our team as Legacy Tree’s Outreach Manager. In addition to being well-connected in the genealogy industry, Paul is also an internationally recognized Genetic Genealogy expert and a genealogist with varied geographical interests, including Spain, France, and Scandinavia.

Paul’s first introduction to genealogy was a family history binder he received from his grandparents for Christmas when he was 8 years old. Several years later, he was introduced to genetic genealogy through a television special on African American genealogy which highlighted the combination of genetics and traditional records in family history research. Intrigued, he decided then and there to pursue a career in genetic genealogy.

Paul attended Brigham Young University where he received a degree in genetics and a minor in family history.  During his time at BYU, he taught several classes a week on internet research at the BYU Family History Lab, wrote course materials on genetic genealogy, verified records for the French Immigrant Ancestors Project, and prepared materials for the French Script Tutorials project. While studying and attending conferences, Paul also met genetic genealogists Angie Bush and CeCe Moore. Under their tutelage, he received personal training in advanced genetic genealogy methodologies.

In the spring of 2013, Paul traveled to Europe as part of a genealogy study abroad program. During this trip he had the opportunity to tour and perform research in more than 20 archives including the Secret Vatican Archive, the Historical Provincial Archive of Florence and the Royal Chancellery of Valladolid. Paul’s most exciting genealogy experience occurred when he was researching the family of his fifth great grandfather, Joseph Ichante, in Southern France. While investigating records in the archive, Paul discovered documentation regarding Joseph’s house. Upon visiting the site in Aydius, France, he discovered an engraved stone made by Joseph himself which detailed six generations of the family’s heritage dating back to the late 1600s.

Previous article: Legacy Tree Onsite: A Look at the National Archives of South Africa
Next article: Hidden in Plain Sight: A Guide to Image-Only Record Collections