Legacy Tree Genealogists works with researchers from across the globe to access records for our clients. In this article, one of our researchers discusses ways to maximize leads and get around brick walls in Chilean Research. 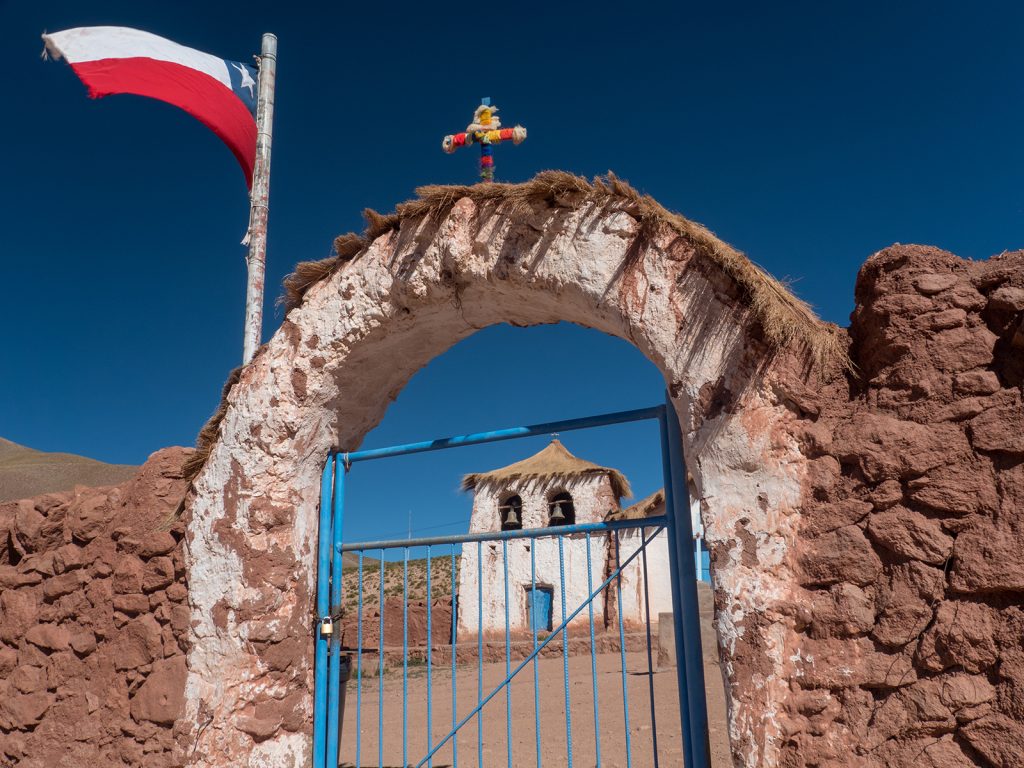 Records in Chile can be very informative. For the most part, the municipal and civil records are full of information and leads – if everything you are looking for is after the year 1887. The Chilean government started keeping more valuable and more detailed records around that year.

Before 1887, the Chilean government did not offer much to a hungry genealogist searching for answers that could break a case wide open. A researcher had a few census records he could sift through or some passenger lists to look at from all the ships relocating new European settlers to South America.

So, for the most part, a researcher had to rely on the records provided by the Catholic Church. These happen to include census records kept by the church to keep track of the members of their congregation. Not all Parishes did this, but some did. Most of the documents the church provided were Baptismal records, marriage records, confirmation records, and burial records.

Most of the records the church provided were Baptismal records, marriage records, confirmation records, and burial records.

These church records are a toss-up as to if they will provide a researcher with some solid leads to build a foundation of specific people. As a researcher, one tries to paint a picture and take people into the past to visualize their ancestors. Researchers give people a story they can read to feel like they know individuals from their past.

As an investigator, one has to use every detail available to paint this picture and bring these people back to life through words and images.

The Catholic Church and local municipal records provided all the information available to us to do this. One must look a little closer at the records available to make this image accurate.

Looking Forward Instead of Backward

Let’s take the case of Maria del Rosario Soto Jimenez, for example. I exhausted all leads trying to find the names of her parents. I could not find one record providing proof of her parents’ names. I hit the brick wall that every researcher dreads. So, I took a closer look at what I did have. I soon realized that I had struck gold without even knowing it.

I took a closer look at a record, looking forward. Instead of going back a generation, I went forward a generation. I looked closely at Jimenez’s son’s birth record Juan Esteban Ordenes Soto, born in 1894.

It stated that Jose Alberto Soto and Maria Jimenez witnessed his birth. I knew the two last names I was looking for were Soto Jimenez, which in South America is crucial to tracking down individuals. The double last name in Chile is important. So, I started investigating these two individuals. Jose Alberto Soto and Maria Jimenez. Knowing that Maria del Rosario’s Surname is Soto Jimenez, I knew I had to focus on these two individuals.

After finding information on Jose Alberto first, I found his family and his marriage record. He was married in 1897. His marriage record is very tough to read. Still, it states his parents’ names, Manuel Antonio Soto and Maria Marcelina Jimenez, which allowed me to connect him to his sister Maria del Rosario.

In his marriage record, I extracted his parents’ names, which led me to find out that he and Maria del Rosario were siblings and that Maria Jimenez was their mother!

I later found that Maria del Rosario Soto Jimenez was married in 1890, and her brother Jose Alberto was a witness at her marriage ceremony. 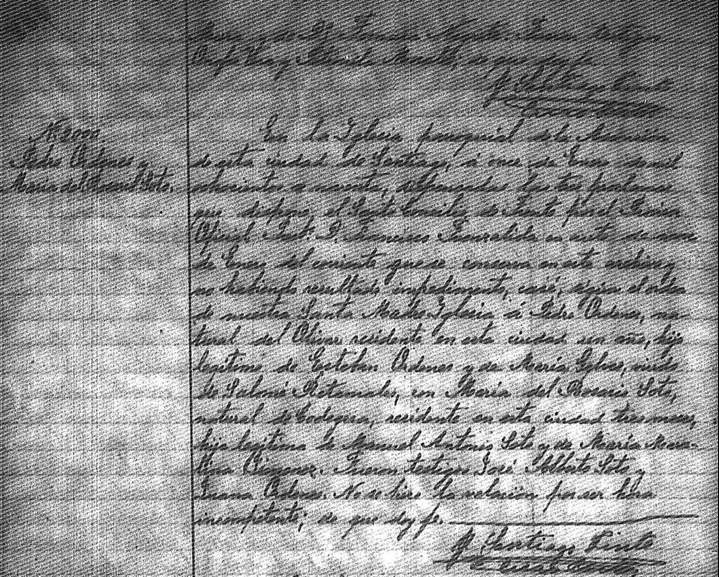 This broke it all wide open for me to be able to go back another generation and free me of the dreaded brick wall. I changed my focus from finding older and moved forward on records with more recent information.

The god parents and witnesses are very important when researching Chilean records. South American families have a very tight bond. You will almost always find someone worth taking a closer look at who was present during the baptisms, marriages, or burial records. Not only that, but more than likely, you’ll find these same individuals in more than one record for that family.

Here are some essential factors in Chilean research:

At Legacy Tree, our genealogists are skilled at finding hard-to-obtain records. With researchers all over the globe, there are few places beyond our reach. Contact us today for a free quote!

Previous article: How can DNA Solve Unknown Parentage and Break Down a Brick Wall?
Next article: From Spit to Screen: The Journey of a DNA Sample