Let’s say you trace your family tree and discover your ancestors were born in Scotland. Where do you go from there? One of our onsite researchers provides some tips and explains that the amount of information you can find depends on when your ancestors left Scotland.

The 1841 census was the first census in Scotland to list individuals by name. There has been a census taken every ten years since then (except for 1941). Information from censuses is sealed for 100 years, so the most recent one available is 1911 (although the 1921 census will be available soon). The census lists everyone’s name, relationship to the head of the family, age, marital status, occupation, and birthplace, with one or two exceptions.

Compulsory Statutory Registration of births, marriages, and deaths began in Scotland in 1855. We are lucky in that the certificates have more information than you might expect. For example, marriage certificates have the names of the bride and groom’s parents.

For records before 1855, we use church registers. Still, it is essential to stress that it was not compulsory to register events before 1855, and many registers have been lost or damaged, so the records are not complete. Although most people were members of the Church of Scotland, there were other churches in Scotland, most notably the Roman Catholic Church and the Free Church (from 1843). The Church of Scotland registers are called the Old Parish or Parochial Registers (usually abbreviated as OPRs), and all the surviving OPRs have been indexed. The Roman Catholic indexed their surviving registers, as have other churches. The Church registers have much less information than the statutory registers. For example, marriage records rarely have the names of the bride and groom’s parents. There are also very few deaths recorded in the Church registers.

For researchers not familiar with Scottish research, the main mistake is to assume that records before 1855 that match the desired name and location are correct. In certain areas, as many as 70% of births or marriages don’t appear in registers. In some places and for certain points in history, there are even fewer recorded deaths. It is, therefore, just as likely that someone finds the wrong record, especially with more common names

So, where will you find all these records? The originals are in New Register House in Edinburgh – at the ScotlandsPeople Centre. 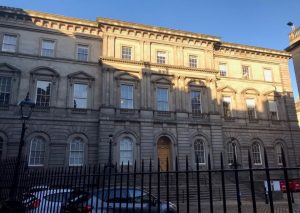 Even if you are doing your research in Edinburgh, you don’t see the originals anymore as they are digitized. The records are also available online at the official government website (scotlandspeople.gov.uk). The site is a pay-per-view website, so it can be expensive to research a common name. The difference between the public website and using the records at the ScotlandsPeople Centre is to do with the more recent records. Images of birth certificates less than 100 years old, marriage certificates less than 75 years old, and death records less than 50 years old are only available at the main Scotlands People Centre or at one of the satellite centers below:

Other Scottish Record Collections and Archives 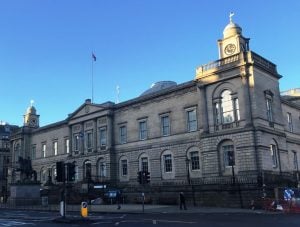 The NRS holds the main public and legal records. If, for example, an ancestor owned property, left a will, or committed a crime, you may be able to find information on them in the NRS.

Another useful source for information on where people lived are the Valuation Rolls, held at the NRS. From 1854 to 1989, all property in Scotland (initially over a certain value) was assessed for taxation purposes. The Valuation Rolls record the address, type of property, owner, tenant, and occupier. These were indexed every ten years from 1855 to 1915 and then every five years to 1940.

The only records from the NRS available online are wills up to 1925 and the indexed Valuation Rolls. You can access them on the public ScotlandsPeople website. All the other records are only available in person at the NRS.

Rumour has it, however, that one significant set of records is about to be made available online. These are the Kirk Session Records, currently only available in person at the NRS and some local archives. These records were kept by the Kirk Session of each Church of Scotland parish, which, amongst other things, oversaw the moral behavior of the parishioners. So, their Minute Books often contain information about illegitimate births, which can be invaluable as illegitimate births are rarely found in the main OPRs. If you are lucky, the minute book will name the father.

If an ancestor lived and worked on one of the large estates in Scotland, it is worth checking if the records of that estate survive. Some are held at the NRS, but you can find others in the estate’s local archive.

There are many other sources available at the NRS and other archives in Scotland, but one final set of records that is well worth mentioning are the Poor Relief records. Up to 1845, the administration of relief for the poor was the responsibility of the church. In 1845 Parochial Boards and, later, Parish Councils were set up to take on this responsibility. The Registers of Applications for Poor Relief are the most useful as they often have details, not only of the applicant but their spouse, children, parents, and where they were all born. That’s the good news. The bad news is that, unless your ancestor was from Glasgow and surrounding areas, these registers have probably not survived. Those for the Glasgow area are held in the Mitchell Library in Glasgow.

Do you want to know more about the lives of your ancestors from Scotland? Contact us for a free quote so that our genealogy experts can work with onsite researchers to comb through the necessary documents to discover your past.