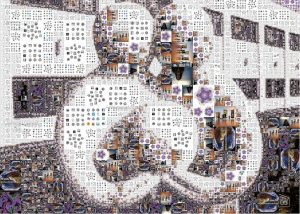 There are myriad websites, historical societies, and other resources for the would-be genealogist to get help when starting out, or for experienced researchers to continue learning new things from their peers. One of the easiest options that may not occur to you is to join a Facebook genealogy group.

Because any user can create a group, there are options for almost every subset of genealogy (geographical, linguistic, ethnic, etc.) you could think of. Click here to download a comprehensive list of Facebook genealogy groups.

Do you have German ancestors? You could join a German Facebook genealogy group. If you happen to already know which state or former kingdom in Germany from which your people hailed (Baden-Württemberg, for example) there’s a group for that too. Within the United States, some groups get even more specific – the one for Adams County, Ohio genealogy sees regular traffic on a daily basis.

Maybe you found some old family letters that you can’t read, or you don’t know which language they are even written in. You could try the Genealogy Translations group, where it’s likely someone will be able to help.

Groups exist for broader geographic categories, such as Central Europe, which can be especially helpful if your family tree originates in an area with frequently shifting historical boundaries. There are also resources for ethnic and religious subsets, like Jewish or African American genealogy. And some of the most popularly frequented forums involve adoption and help for those seeking information on their biological family.

Most of these groups are volunteer-run, and as such, have their own rules about what you can and cannot post, and which details you need to provide so that people can help.

By far the most common use for such a group is to get help deciphering records, whether in English or some other languages. Sometimes you can read most of the record but there is a word or phrase that you just can’t make sense of. In those cases, a second pair of eyes (or more!) can be a fantastic resource. Because of the benefits of crowd-sourcing, users often end up learning more history and context about their question or discover the existence of helpful records that they didn’t know about before.

Another common reason to post a question is if you have a so-called “brick wall” in your research. Maybe you have exhausted all your ideas and want to know if you missed something, or if other descendants are out there with more information than you have. Asking in a Facebook genealogy group for that area of research could help you come up with a fresh approach or make you aware of new resources to try.

The ways in which such a group can be helpful are almost limitless and may even surprise you. One of the more unusual but frequently effective actions is posting an unidentified family photograph. Often there are clues in the style of dress that may indicate the time period in which it was taken and even the place. If you are stuck, it may be worth asking in a relevant group if anyone else knows more than you do, and you might be able to narrow down the probable identity of the person(s) pictured.

Another exciting reason to join a genealogy group on Facebook catered to your area of interest is that you could meet relatives that you didn’t know existed! My own mother posted a translation question on a Swedish genealogy group. A death record stated that three brothers were “killed by thunder”. That phrase turned out to be the Swedish equivalent of “struck by lightning”. When some native Swedes saw her post and recognized the names of the ancestors, she received a message asking if we were related. That cousin, in turn, put us in contact with others. Not only did we receive fascinating new details about the ancestral family, but we found living relatives from the branch that had never left Sweden, whom we now consider family. We were able to visit them in Sweden, where they gave us a guided tour, and we even ended up hosting an extended family reunion in the United States with our new cousins as the guests of honor.

As with all internet interactions, you’re most likely to have success when a code of conduct is followed. Since Facebook genealogy groups are usually made up of hundreds or thousands of different people, it just makes sense that order and appropriateness are kept by the administrators and are expected of users. Following are some etiquette tips for posting and commenting in Facebook genealogy groups:

Legacy Tree Genealogists is not affiliated with Facebook or any specific groups on their website, we just know how useful they can be! If you’d like professional help with your family tree, contact us today for a free consultation.