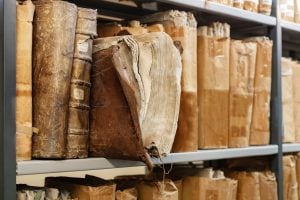 Eastern European archives have historically been difficult to access. Searching these archives were often met with frustration because these collections could only be accessed onsite or not at all. While many have utilized the collections from the FamilySearch catalog to find key records, a large group of researchers were left with little to no records access because filming didn’t capture records from their ancestral village/town.

Today, genealogists around the world enjoy the efforts of citizen archivists. These citizen archivists are researchers like you who have obtained and made genealogically relevant collections available online. Let’s look at some popular projects helping to expand Eastern European Archives. 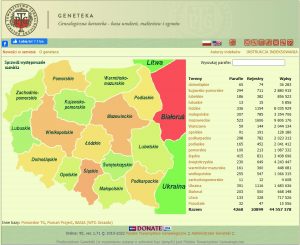 A project with its beginnings in 2006, Geneteka is an example of a premier volunteer effort hosted by the Polish Genealogical Society (Polskie Towarzystwo Genealogiczne). These volunteers have indexed available metrical (sacramental and civil) records for Polish, Ukrainian, Belarussian, Lithuanian and other locations. To date, over 44.5 million database entries have been added from 4,268 parishes/locations for births, marriages and deaths! 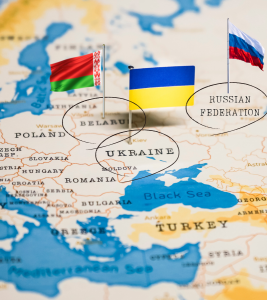 Two important projects founded by Alex Krakowsky of Kyiv are Jewish Towns and Sources from the Institutions. For over five years, Alex has worked tirelessly to bring Ukrainian records online for all. His first project Archive: Jewish Towns (Архів: Єврейське містечко) quickly morphed into a much larger compendium for all types of records held by not only the State Archives Service of Ukraine (Державна архівнф службф України) but archives in Belarus and the Russian Federation — Archives: Sources from Archive Institutions (Архіви: Джерела з Архівних Установ).

Each of these projects have thousands of pages of records which mainly remain unindexed, but freely accessible in PDF file format. Researchers will need at minimum some Russian language skills plus be willing to combat foreign language paleographic challenges. [Russian was the state language for Imperial Russia and the Ukrainian S.S.R. Some records may include other languages such as Ukrainian, Church Slavonic, Hebrew/Yiddish and Latin.]

Arolsen Archives (formerly the International Tracing Service) began an initiative called #everynamecounts to index material and create a digital memorial to the victims of Nazi persecution. This crowdsourcing initiative aims to transcribe the names and dates found in historical documents which are part of the digital records already online in the Search the Documents (Suche in Dokumenten). The holdings include more than 30 million documents for approximately 17.5 million people pertaining to victims of Nazism. (Read more here.)

A smaller citizen archivist group — Genealogia na Podolu i Kijowszczyźnie — led by Marcin Stręciwilk-Kowal focuses on obtaining records for Poles from the Ukrainian Central Historical State Archive in Kyiv (TsDIAK). Their goal is to obtain records in a digital format and then conduct indexing for other groups such as Geneteka and Metryki Wołyń.

Citizen archivist projects exist for many areas; there may be one for your corner of the world. Projects like those highlighted make records more accessible and easier to find. Let’s all do our part to increase the number of searchable documents!

One key advantage of Legacy Tree Genealogists is the onsite researchers we have throughout the world who can access archives in person that haven’t been added by citizen archivists. If you find that you are hitting a brick wall, or can’t find a record in online Eastern European Archives, a consultation with our expert genealogists may be your next step. Get started by filling out a contact form here.