Brian had always heard he had ancestors who’d served in the American Revolutionary War, but he wanted to conﬁrm that the family folklore was true. He dreamed of joining the Sons of the American Revolution (SAR), a national group exclusively for descendants of those who fought in the war. So he hired Legacy Tree to help him discover the proof.

We took a broad look at his family tree, which had deep American roots on all lines, and made a list of several men most likely to have supported the Revolutionary War. We then corrected and strengthened the links between Brian and those ancestors using census, birth, marriage, death, and cemetery records, plus wills and probate records, biographies, county histories, other Sons of the American Revolution applications and Revolutionary War pension rolls.

Through a process of elimination, we narrowed it down to the strongest candidate, John English, one of Brian’s paternal ancestors. John was born in Pennsylvania around 1730 and died in Tennessee in 1807. We found him listed in the Sons of the American Revolution Patriot Index as having served as a Private in the Continental Line from North Carolina, and having received several grants of Tennessee bounty land for his military service. We also discovered a previous application for the Sons of the American Revolution for John English, who died in 1807 in Washington County, Tennessee.

We found John’s supposed son, Thomas, to be Brian’s ancestor. However, we lacked proof that Thomas was indeed John’s son. Like John, Thomas died in Washington County, Tennessee (only later in 1816). His will offered some information about this family, but no clues about his parents. We then learned that John English’s will had been discovered in Washington County, Tennessee and proved in court in 1807 — and that this will named Thomas as one of his sons. Through additional research, we gathered enough evidence to conﬁdently say that Brian’s ancestor, Thomas, was indeed the son of Revolutionary War Patriot, John English.

Brian submitted our ﬁndings to the Sons of the American Revolution and fulﬁlled his dream of becoming a member. He and his family are extremely proud of their ancestor’s service in the Revolutionary War and grateful we were able to help them accomplish their goal. 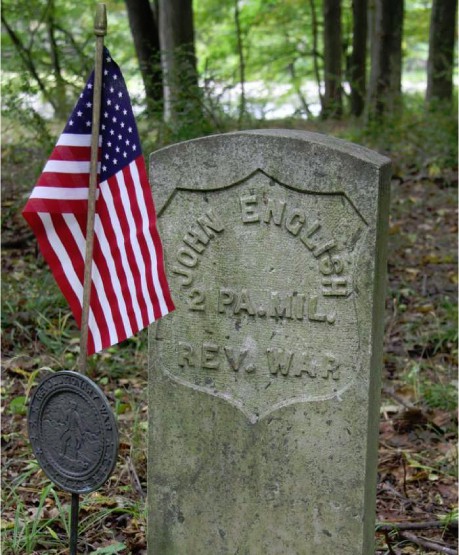 “We as a family are extremely proud…

Legacy Tree was invaluable to our research process.”
— Brian C.

Ready to Discover Your Story?

Highest Client Ratings – we are the highest client-rated genealogy research firm in the world, with public reviews on the Better Business Bureau, Angie’s List, Google+, Facebook, and more.

Truly Customized Projects – every project is tailored to the client’s specific research goals, which are clearly identified and agreed upon before research begins, ensuring expectations are always met.

Project Turnaround Time – We complete most projects in 12 weeks without sacrificing our commitment to providing exceptional research.

Rigorous Quality Control – each project undergoes a stringent review process and is meticulously checked for accuracy and quality in research and presentation.

Credentials – our researchers are handpicked, tested and trained to ensure they meet our unwavering commitment to quality. Our researchers possess four-year degrees in Family History and Genealogy, accreditations, or decades of experience, and share a passion for genealogy research.