Hereditary Societies and You

“My great-grandfather fought in the Civil War.”

“I’ve always heard we were related to George Washington.”

“We’re supposed to be descended from the Pilgrims who came on the Mayflower.” 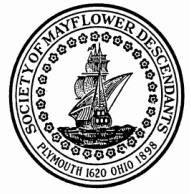 Family history and lineage societies aren’t just for the elite. There are literally hundreds of organizations offering membership to those who can trace their ancestors to a specific individual or event. From early settlers to presidential relatives, these groups span events covering the length of American history, embracing Americans from all walks of life (societies exist worldwide, but this article will focus mainly on U.S. societies). The list below includes some of the most popular hereditary societies, their purposes, and the requirements for membership.

As part of its dedication to genealogy, Legacy Tree Genealogists’ researchers are familiar with the membership requirements of these groups. Whether your family lore already includes stories of possible ties to one of these hereditary societies or you hope to find the family connection necessary for membership to a particular organization, we can provide the genealogical research necessary to assist you with completing your application for membership to one or more of these societies. (Click the below titles to link to each of the societies’ websites.)

Purpose: To remember those Pilgrims who established Plymouth Colony

Requirements: Must be able to document descent from one or more of the Mayflower Pilgrims

Purpose: To strengthen in American life the principles set forth in the Declaration of Independence, and to perpetuate the memory of those men who, in signing that Declaration, mutually pledged their Lives, their Fortunes, and their Sacred Honor in the cause of Liberty

Daughters of the American Revolution

Requirements: Women 18 years or older who can prove lineal, bloodline descent from an ancestor who aided in achieving American independence via military, civil, or patriotic service for the period between 19 April 1775 and 26 November 1783

Purpose: The SAR is a historical, educational, and patriotic non-profit, corporation that seeks to maintain and extend the institutions of American freedom, an appreciation for true patriotism, a respect for our national symbols, the value of American citizenship

Requirements: Men, age 18 and above, who have traced their family tree back to a point of having an ancestor who supported the cause of American Independence during the years 1774-1783

General Society of the War of 1812

Purpose: To perpetuate the memory and spirit of the American soldiers and sailors who served their country during the U.S.-Mexican War of 1846-1848, by preserving documents and relics of the war, securing and memorializing historic sites connected to the war, and promoting the annual celebration or observance of momentous events of the war

Requirements: Any person who is at least 18 years of age and is the lineal descendant of a U.S. veteran or civilian employee of the U.S. armed forces who rendered honorable service in the war with Mexico for any length of time between April 25, 1846 and August 2, 1848

Purpose: The SCV serves as a historical, patriotic, and non-political organization dedicated to ensuring that a true history of the 1861-1865 period is preserved

Requirements: Male descendants of any veteran who served honorably in the Confederate armed forces; membership can be obtained through either direct or collateral family lines

Sons of Union Veterans of the Civil War

Purpose: The SUV is a fraternal organization dedicated to preserving the history and legacy of heroes who fought and worked to save the Union

Requirements: Male descendant, 14 years of age or older, who is directly descended from a member of the military who was regularly mustered and served honorably in, was honorably discharged from, or died in service between 12 April 1861 and 9 April 1865; collateral memberships are available

Purpose: The organization is dedicated to identifying and preserving the family history records of all American presidents as well as nurturing fellowship among their descendants and relatives

Requirements: Men and women who can prove either direct descent from a president of the United States or a collateral relationship based on descent from a common ancestor who resided in what is now the U.S.

Purpose: Foster patriotism and to enlarge the knowledge of its membership through the collection and dissemination of information concerning the Presidents and First Ladies of America

Requirements: Men and women of the age of 18 years or older, able to prove a blood relationship to any of our Presidents or First Ladies of the United States or other qualifying entities such as the Continental Congress, and other Republics which existed in what became known as the U.S.

Purpose: The society is memorial, educational, benevolent, and social, and commemorates with pride and affection the life of George Washington

Requirements: Eligibility for membership in the society is open to persons who can prove their lawful lineal descent from one of the following ancestors of General George Washington: Colonel John Washington or his brother Lawrence Washington, Nathaniel Pope, Nicholas Martiau, George Reade, Augustine Warner, Sr., Colonel William Ball, or Mary Johnson Ball Hewes

The Military Order of The Crusades

Purpose: The focus of MOC is to honor and perpetuate the memory of their brave ancestors, their ideals, and achievements as well as to support and encourage activities of noble purpose

Requirements: The membership is comprised of individuals of proven lineal descent from one or more Crusaders of Knightly or Higher Rank who participated in one or more of the Crusades between 1096 and 1291; prospective members do not need to prove their relationship to the Middle Ages, but may simply prove their lineage to one of over 300 “Gateway Ancestors” approved by the MOC

Purpose: To honor the memory of our courageous ancestors, the filles du roi (King’s Daughters) and the soldiers of the Carignan-Salières Regiment of 17th century New France [Canada]; to foster a sense of pride in our common French Canadian heritage, to encourage the study of the history and culture and the practice of genealogical research, and to promote related educational goals

The Daughters of the Republic of Texas

Purpose: To perpetuate the memory and spirit of the men and women who achieved and maintained the independence of Texas and to cherish and preserve the unity of Texas

Requirements: Any woman 16 years or older, who is a lineal descendant of a man or woman who rendered loyal service for Texas prior to 19 February 1846 as a colonist with Austin’s Old Three Hundred, as an officer or private in the service of the Colonies or of the Republic of Texas, as a loyal resident, or as a recipient of a land grant authorized by the Provisional Government of the Republic of Texas