Do Family Legends Have a Place in Genealogical Research? 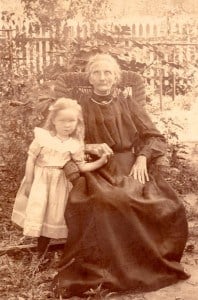 Does your family history include a family legend (or two?) Here’s some of the family legends we’ve encountered while conducting genealogical research.

One client’s family lore included a suggestion that great-grandpa may have been paid off by a wealthy man to marry great-grandma. It was discovered through careful record analysis that the couple was married when great-grandma was already several months pregnant. It was also proved through DNA testing that the baby was not related to great-grandpa, but was actually the biological son of another man who was a prominent innkeeper in the community. These facts certainly lend credence to the story of an extra monetary incentive to marry, but whether such a private transaction ever actually took place can never be confirmed.

In my own family, the story goes that great-great-great-grandmother creatively but firmly ensured that her husband would never take on a polygamous wife by inviting the prospective woman to dinner and putting on an elaborate show as the over-worked housewife and then declaring how grateful she would be to have someone new around to do all the work. Whether this actually happened is not recorded in any contemporary document, but certainly, great-great-great-grandfather never married a polygamous second wife.

Legacy Tree Genealogists and onsite agents are ready to help you learn more about your family history. Contact us today for a free quote to discuss your specific project goals and determine which of our project options is best for you!