Legacy Tree Genealogist, James (Jim) Beidler explains how a short-lived tax created in 1798 can be a valuable source of information for genealogy researchers. Discover which states retained this information and how to find it.

Taxes. They’re a subject from which many people wish to stay away – almost as much as they want to avoid paying them.

There are many types of taxes, historically speaking, and records of them can vary greatly. In some cases, they are not even public records. Those that are public sometimes have no more data than a name and possibly the amount of tax paid.

But there’s one tax—covering but a single year near the close of the eighteenth century—which defies those caveats by being open to public view as well as chock-full of details for genealogists and house historians. 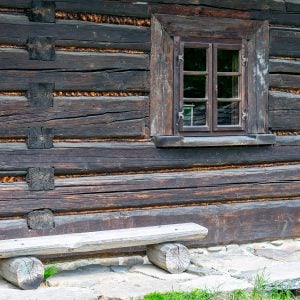 That levy is the 1798 U.S. Direct Tax, nicknamed the “Window Tax.” It was so unpopular that Congress repealed the legislation after the initial set of returns was created.

But, oh, the information contained in those returns!

The U.S. Constitution wasn’t even a decade old at this time in 1798. “Father of His Country” George Washington had given way as president to the not-so-popular John Adams. The country was facing its first foreign threat. It attempted to thread the needle between the British Empire, its former master, and revolutionary France, an ally in the American Revolution becoming more radicalized.

President Adams felt the tiny U.S. military—there was still a fear of standing armies, after all, and state militias were the source of force at the time—was inadequate but needed money to create a larger presence.

On 14 July 1798, Congress passed legislation to raise $2 million by telling each of the 16 states at the time to come up with a share based on population.[1] Among the items directed to be assessed were houses valued at more than $100 – this is where the windows came in. Pane glass was a relatively expensive upgrade at the time (think of it as the 1790s version of energy-efficient windows!) and, therefore, often increased the value of the house over the threshold into the taxable category. The tax also assessed the market value of enslaved persons.

What Information This Contained

A total of six forms were used to compile the information and among the information sought was the following: name of the owner (and occupier, if different); the name of an adjoining neighbor; the amount of land; the value of buildings (one list valued the “Dwelling houses and outhouse” and another included the barns and dependency buildings such as smith shops); dimensions of the buildings; and construction materials of the buildings (in some cases, types of log construction such as “round logs” or “hewn logs”) was even specified.

Some filings contained additional details such as the general soil type of the land and comments on the age and condition of the house.

How and Who This Helps

For genealogists, these Window Tax lists can open the door—almost literally! —to a snapshot of how their ancestors lived for the period before photography.

Historians, likewise, find the amount of detail to be striking and valuable. By working through the names of the adjoining property owners, researchers can reconstruct an entire neighborhood.

But for house historians, the Window Tax is a teeter-totter point to determine if a house dates to before 1798. Again, the detail is the key: In the tax returns in which dimensions are listed, this detail can be used (in conjunction with other information in a house’s chronology such as later additions) to assess whether a home standing today is the one from the list.

Likely, you think there has to be a catch to all this information, and, alas, there is. Unfortunately, no one in Congress was thinking about how valuable these records might be to posterity. After Congress repealed the tax, no singular entity tried to gather them together, and unfortunately, many lists were lost.

In four states – Delaware, Kentucky, South Carolina, or Vermont – no records are known to have survived. 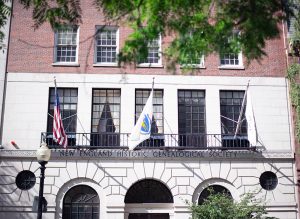 Of the remaining states from this period, Pennsylvania and Massachusetts have the best survival rates for their lists. Pennsylvania’s are found online within the U.S. Direct Tax Lists, 1798 (Ancestry) database, while the originals are at NARA–College Park, Maryland. Lists for Massachusetts (which included Maine at the time) are held by the New England Historic Genealogical Society, Boston.

Regional and state historical societies (as well as state and university libraries in a few cases) are the repositories for the fragmented returns from many of the remaining states, including Connecticut, Georgia, Maryland, New Hampshire, New Jersey, New York, North Carolina, Rhode Island, Tennessee, and Virginia.

For more details on what’s available from the various states and the location of the lists, see this link to “Known, Extant 1798 Direct Tax Lists” reprinted from the National Archives’ magazine Prologue (Spring 2007, Vol. 39, No. 1).

The Connecticut Historical Society Museum’s library has the Summary Abstracts for all states but Georgia, North Carolina, and South Carolina.

Our genealogists are experienced and knowledgeable, with information on valuable resources and interesting tidbits of genealogical facts. If you find yourself at an impasse, take advantage of their expertise and contact us for a free estimate.