We sat down with Katy Barnes to discuss research in Spain. She spent seven years as a senior editor and researcher with Legacy Tree Genealogists, with a wide range of geographic specialties, and has a degree in family history and genealogy. 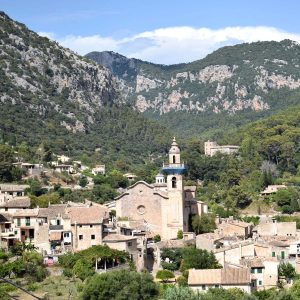 What interested you in genealogy and specifically research into Spain?

I’ve always loved history, writing, and other topics that frequently intersect with genealogy, such as politics, culture, and law. I discovered genealogy as a hobby in high school, trying to answer questions many people have about their origins and where they came from. I then attended a university where I could major in the subject.

Every country has its own research quirks. Successful Spanish research relies heavily on religious records, for example, given the history of the Roman Catholic Church there.

Research in Spain can also be challenging because many of the records have not been made available digitally as they have in other parts of the world. There isn’t as wide a variety of records in Spain as we might see in the United States. For example, censuses, newspapers, tax lists, and yearbooks might not be available, or if they are, they might be difficult to access.

Research in Spain often requires onsite research, archives, and local churches. But the upside is that Catholic records usually go back further and are generally more consistent with results.

What areas do most of your projects in Spain come from?

You might think most people have ancestors from countries that were former colonies of the Spanish Empire. But even if the client has an interest in Spain, we usually begin with a recent immigrant country and trace the client’s ancestors there first.

Most frequently I’ve researched Mexico, Puerto Rico, Peru, and Columbia, in terms of projects involving immigrants from Spain. There hasn’t been a lot of consistency about where they or their ancestors originally came from.

The Spanish were not one of the most predominant immigrant groups going to America on a wide scale, at least compared to, say, Irish, Italians, or Germans in the 19th century. A lot of the Spanish migration that did happen, happened more recently in the 20th century.

If your ancestors came to the New World much earlier, perhaps in the 1500s and 1600s, they might have come from central or northern Spain or from the Basque provinces in the northeast. At one time, there was a large migration from the Canary Islands to the Caribbean.

Would you talk about immigration from Spain to the U.S. and how that has impacted research?

A century following some economic troubles in Spain, people typically chose to go to other countries in Europe rather than to the U.S. Obviously, there were some Spanish people that immigrated to the U.S., and for those that did, it often makes research easier because more recent records in the U.S. are likely to contain key genealogy information.

Then we need to make that jump back to Spain to look for the immigrants’ exact birthplace, birth dates, and the names of their parents.

On the other hand, in both Spain and in the U.S., records that are more recent are likely to be protected by privacy laws, which can be a research obstacle.

Most frequently we are working with immigrants, in the United States or other countries in Central and South America, who are descendants of a much earlier Spanish diaspora to the New World.

What are some unique experiences you’ve encountered with Spanish research?

The most typical brick wall you’re going to run into in Spanish research is going to be identifying a family member’s hometown in Spain. Because most records are not yet digitized or indexed, you have to know the town of origin in order to look for records or to know where to send an onsite researcher.

I researched a client’s ancestors and was provided a location they believed was the hometown of a Spanish immigrant who came to the U.S. in the 20th century. But the incorrect town was provided since there was another town in Spain with a similar name. Sometimes those brick walls can just be small issues like that, but we need to be sure to start with and research the correct location.

Another unique experience was when I completed a project where the client’s ancestors moved from Spain and arrived in Mexico in the 1800s. I was able to determine exactly where they came from and, interestingly, discovered that the husband was twice an immigrant.

He married a Spanish woman in Malaga, which is in southern Spain. But their marriage record indicated that he had been born in a specific town in France. We were able to get the Spanish hometown, but also a French hometown. That sort of discovery is rare, and it’s definitely rewarding when it can be solved.

How can using a professional genealogist help rather than someone researching on their own?

Limitations can impede progress and cause frustration for hobbyist genealogists researching their families, especially when you consider different languages, old handwriting, geography, cultural issues, and laws. It’s certainly not impossible, but a lot of our clients come to us knowing that our experience can get them answers more efficiently and with greater confidence in their accuracy.

I can speak to that personally. I have German ancestry and my German language skills are minimal compared to my Spanish skills. So even as a professional, I have leaned on my more knowledgeable German researcher colleagues to help with translations and explanations of cultural context.

Another benefit Legacy Tree offers is a network of established onsite researchers around the world. These researchers know the area, are fluent in the language, are familiar with their archives, and usually have a good relationship with the local priest or the archivist. Because we have a strong connection with onsite researchers, we have a relationship and can let them know what we need. And we don’t have to begin all over or try to build that relationship from the start.

If you’re not sure how to pursue your Spanish heritage, we are ready to help. Contact us today to discuss your research goals and get started!