Have an elusive ancestor that can’t be found? We’ll show you how using DNA to solve genealogy brick walls might be the answer!

We’ve all had the experience of trying to research an ancestor that seems to just appear out of thin air. Despite our best efforts, we just can’t seem to find that elusive ancestor in the records they should be in, and we don’t know why. DNA is a powerful tool that can help us break through these brick walls and find our ancestors on the other side. It recently helped us find the answers one client had about their brick wall ancestor’s origins, and showed us that the brick wall had been created by the ancestor himself.

We were asked to identify the parents of Earnest Martz, whom records showed was born in Washington State around the turn of the century, and lived mostly in Illinois and Indiana. The search began with records from Illinois, where Earnest was married. 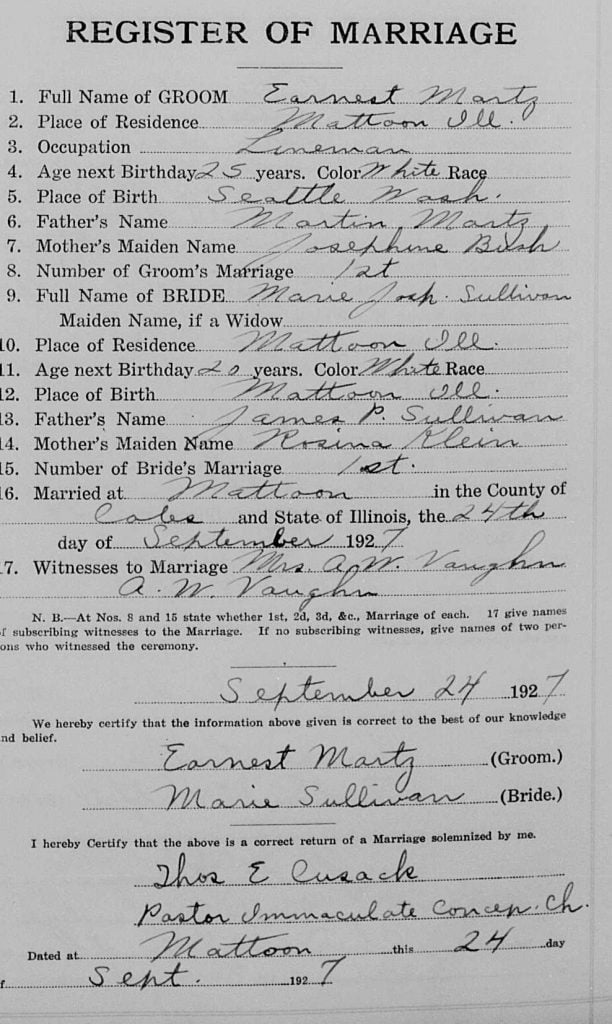 The marriage record stated Earnest’s place of birth was Seattle, Washington, and his parents were Martin Martz and Josephine Busch. Wanting to corroborate this information, Earnest’s application for a Social Security Number (called a Form SS-5) was obtained, wherein he stated his parents were Herbert James Martz and Agnes Emma Busch. The surnames were the same, but the given names were completely different, which threw some red flags. Why were the names so different? Was one set correct and the other false? Were his parents actually some combination of the two couples—Josephine and Herbert, or Agnes and Martin? Or were all the names wrong? 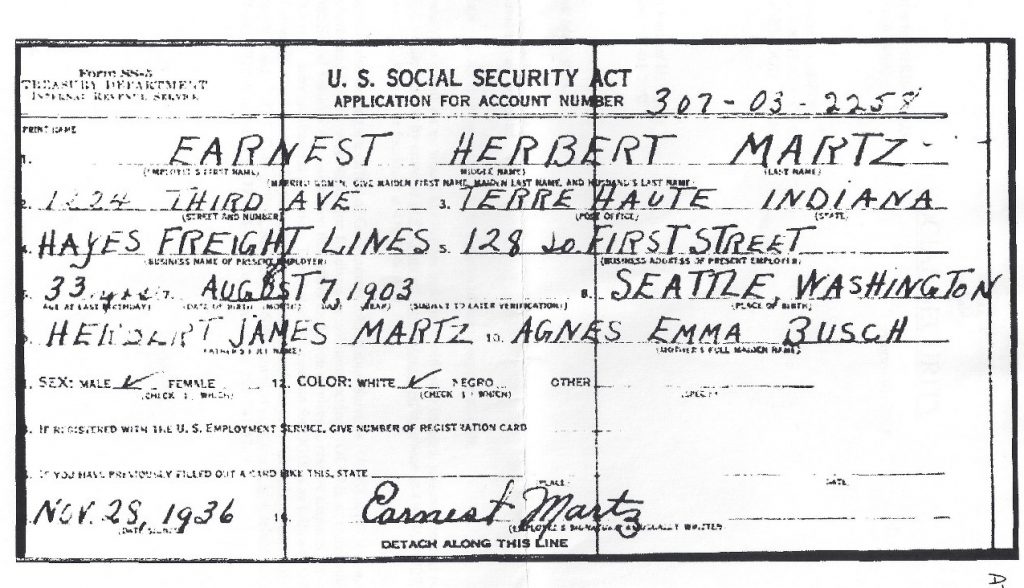 The records for Earnest Martz were consistent in stating he was born in Washington State. Available Washington records—censuses, city directories, newspapers, vital records, cemetery records, military records, probate records—were searched for any trace of the parents Earnest named, in all possible combinations of the four names. Nothing matched. It was as if Earnest Martz had just popped into existence. 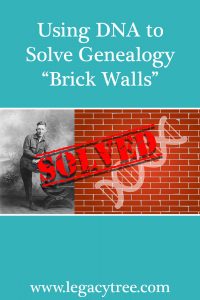 In almost every record genealogists use in their research, the possibility exists that the information is wrong. A date could be written incorrectly, a name misspelled or left out, a birthdate could be misstated, or a name could be changed. However, one record that doesn’t lie is the record kept within our very cells—our DNA. Scientists have not (yet!) found a way of changing the genetic information we inherited from our parents and grandparents. When a person’s descendants perform a DNA test, that DNA is going to tell its story truthfully.

Michigan census and birth records showed James and Mary had two sons, Lavail and Floyd, but no Earnest. Lavail was several years older than Earnest, and died in the 1930s, while Earnest was raising his family in Illinois. Floyd, however, was about the same age, and was found to have the same birthday as Earnest.

What really stood out, however, were the entries found in public family trees created by other Hull relatives—they stated Floyd Hull died somewhere in South America in 1923, just a couple years before Earnest Martz appeared in Indiana. No court or other records were found for Floyd to explain what may have caused him to leave Michigan, nor were any documents found to corroborate the story of his supposed death in South America. For whatever reason, Floyd seems to have left his family, changed his name, and created a whole new identity, which he used for the rest of his life. 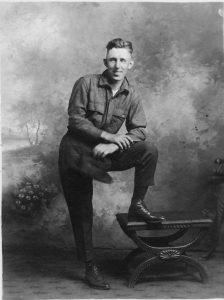 While the case of Floyd/Earnest may be unusual, it does highlight the power of DNA and genetic genealogy to help answer genealogical questions that would not be answerable otherwise. DNA evidence does not replace paper genealogy, as the knowledge of Earnest’s descendants’ relatedness to the Hull family would have been useless without the paper trail Floyd’s family left behind. Rather, DNA is becoming one more component of the “reasonably exhaustive search” required in genealogy.

Do you have a family history mystery or genealogy “brick wall” you can’t seem to break through? The experienced team at Legacy Tree Genealogists can help! Contact us today to request a free quote!