Faith of our Fathers: Using Religious Records in Genealogical Research 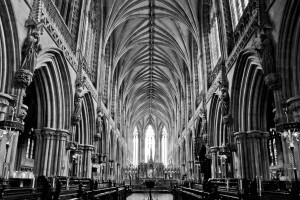 Pay close attention to obituaries, county histories, social columns, cemetery names and affiliations, and family traditions when attempting to ascertain the religion of your ancestors. Another important clue? The minister who performed the wedding. Often noted simply as a “minister of the gospel” (as opposed to a civil justice of the peace), it may take some digging, but researching the name of that pastor, priest, or rabbi could give an indication of which church or synagogue he led.