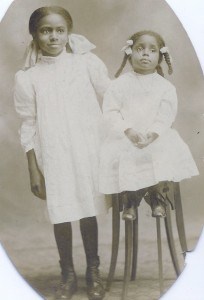 African American genealogy research can be difficult and sometimes requires thinking outside of the box. There are several resources outside of U.S. Census records that can provide information or clues to further your research.

Freedmen’s Bureau Records – The Bureau was created to provide assistance to the thousands of newly freed slaves and impoverished whites of the south and Washington, DC. The records span 1865 to 1878 and include marriages, military records, complaints, and requests for various types of assistance. Some of the records, however, are tricky to navigate because they are only indexed by state and not individual. Thankfully, the Freedmen’s Bank records are indexed by name and can provide information such as place of birth, age, name of plantation on which the individual most recently lived, parents and siblings, and much more. Many of the Freedmen’s Bureau records can be found online at FamilySearch.org, or at the National Archives on microfilm. (Also, if you’d like to help make these available to everyone faster, a massive transcription project is underway as a partnership between FamilySearch and the Freedmen’s Bureau Project. They’re always looking for volunteers willing to help index the images. See http://www.discoverfreedmen.org/ for more information.)

Cohabitation Records – These records are found in some southern states, such as Alabama, Georgia, Kentucky, Mississippi, North Carolina, Tennessee, and Virginia. They were created to legalize marriages and legitimize children for people who had been enslaved. The records hold a wealth of information such as names, ages, places of birth, former slave owner, and approximate year of marriage. These records do not exist for every county, and are only published in some. However, they are best found in local courthouses, state libraries, state archives, or county historical societies, and can be valuable in African American genealogy research.

Free Negro Registries – Prior to Emancipation, many states throughout the U.S., such as Delaware, Maryland, North Carolina, Ohio, Pennsylvania, and Virginia/West Virginia, required African Americans to register proof of their free status if they were not enslaved. Many of those records survive today and can provide an abundance of data. Some may only list the name, physical description, and approximate age of the registrant. Others provide the names of parents, date and name of the person who provided manumission, or place of birth. These records are sometimes found in a separate book called “Registry of Free Negroes and Mulattoes” or in the county Minutes Books (court records). Some registers are published by the county and available for sale or found in libraries. Most are available by microfilm at state libraries or archives. Some county registers are also available online.

Historic Newspapers – Newspapers have been around for quite some time and historic local newspapers, regardless of the size of the city, tended to focus on even the smallest bits of gossip in the community. Despite their legal status, African Americans were often included in the news just like everyone else. It’s wise to keep searching after freedom as well, however, because sometimes even well after Emancipation, a news story would be written on an African American and list the name of their former owner. Newspapers around the country are being digitized and available for a subscription price or free of charge (depending on the site). Many are also housed at local or state libraries or archives on microfilm. Keep in mind, too, when searching for ancestors in newspapers to look at the local town publications as well as those in larger nearby cities.

Slave Narratives – These oral interviews were collected from former slaves in the 1930s as a part of the Federal Writers’ Project of the Works Progress Administration. The narratives can be found on the Library of Congress website, and are indexed by the person speaking. There are not very many, but if an ancestor is included there is a chance to learn of his/her daily life as a slave, the name of the slave owner, his/her family, and much more. Even if your ancestor was never recorded, these accounts are still a fascinating and often tragic glimpse into the experiences of people who lived through the institution of slavery as yours did. 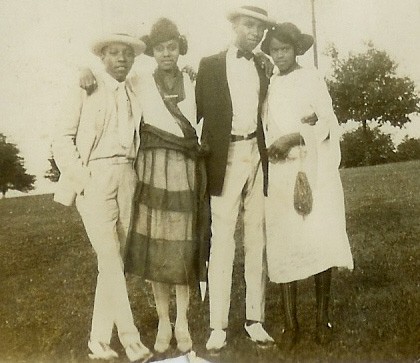 1866 State Census – This would be the first count of all inhabitants of a state after the Civil War. Alabama was the only state to take such a census in 1866, but if you have ancestors from that state, this record gives researchers the ability to see who made up the households of their formerly enslaved ancestors. Be aware that everyone in neighboring households may not necessarily be related, despite sharing the same surname. It is important to follow these families through additional census and vital records to see which ones form separate households.

DNA Testing – A booming and increasingly popular young technology, DNA testing can provide biological family connection like no other type of research. It is one of the most useful tools in the kit of an African American researcher. There are currently three types of DNA testing: 1) mitochondrial DNA (mtDNA), which provides the approximate origins of your direct maternal line; 2) Y-DNA, which traces the direct male line; and 3) autosomal DNA, which estimates relationships of others in the testing pool to you from both your maternal and paternal lines. Mitochondrial testing can be done by males or females, but it does not provide much assistance in finding unknown family members. The Y-DNA test can only be done by males and can assist in finding an early progenitor of the direct male line. Autosomal DNA can be taken by males or females and has become popular in family research. DNA testing companies claim you may find relatives as far as 5 generations back on both of your parental lines.

In preparation for testing, it is important to create as large as a family tree possible. African Americans may be overwhelmed with having so many “cousin” matches with people who are not African American, but this is indicative of the frequent interracial mixing (both consensual and non-consensual) that has occurred within the last four hundred years. Be aware of the places your ancestors lived, and if you find yourself related genetically to an unknown family, check proximity and dates to see how your new DNA cousin may be connected. You never know if that new cousin will reveal another branch in your family tree. For more information on how DNA testing is useful particularly for African America genealogy research, see our previous blog post.

Since tracing enslaved individuals prior to Emancipation can be extremely difficult, DNA testing is often one of the few or even only ways to connect with your earliest roots.

Legacy Tree Genealogists has extensive experience in African American genealogy research and would love to help you learn more about your family history. Contact us today for a free consultation. 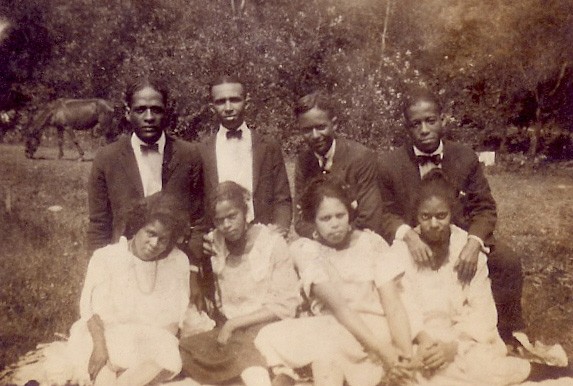