Legacy Tree Genealogists works with researchers from across the globe to access records for our clients. We asked Ireneusz, onsite in Poland, to share his experiences researching at the Polish archives.

The State Archives in Kraków was founded in 1878 and is one of the largest in Poland, containing nearly 1.5 million items in its collections. Due to its size and overall value to Poland’s heritage, its name was changed in 2012 to the Polish National Archives in Kraków.

The Polish archives has 8 branches in Kraków, most of them located in the historical center of the city. Five of them have reading rooms (pracownia naukowa) with collections accessible to users. The other three branches are responsible for administrative and conservation matters and are generally closed to the public.

In addition, the archive has 5 branches outside Kraków. These are found in the cities of Bochnia, Nowy Sącz, Tarnów, Spytkowice, and Nowy Targ. The record collections at the branches located in the city and in Spytkowice are related mainly to Kraków itself, as well as the Kraków, Myślenice, Proszowice and Wieliczka districts.

The other branches cover material relating to the following locations:

Most of the sources located in the National Archives in Kraków refer to the city of Kraków and the larger Małopolskie voivodeship in which it is located (see red area on map below), but the archive also houses a large section containing records relating to the neighboring voivodeships of Śląskie, Świętokrzyskie, Podkarpackie, and even some in western Ukraine. Voivodeships are geopolitical jurisdictions in Poland – approximately equivalent to provinces in other countries. 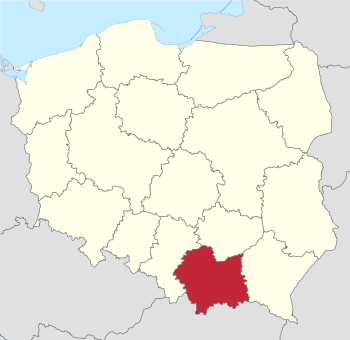 Record Collections at the Polish Archives

This discussion will focus primarily on the five Polish archives branches in Kraków itself that are open to researchers. Each of the branches located in the city has slightly different archival materials and sources that are helpful in tracing your Polish ancestors:

Branch I – At the Wawel Royal Castle are kept the most important documents related to the period prior to the First Partition of Poland in 1772. These are, first and foremost, the town books and land books of Kraków, and the archives of the Polish aristocratic families. In fact, many of the materials collected in Branch I are primarily and especially useful for people whose ancestors belonged to the nobility. There are also more recent documents, from the later period of the Austrian partition.

However, the most important sources from Wawel for every genealogist are the so-called “Schneider’s Files” (Teki Schneidera). This is a huge and diverse collection which includes numerous genealogical records pertaining to nearly all the towns and villages in Galicia. They were collected by 19th-century regionalist Antoni Schneider, after whom the collection was named.

Branch II – This branch contains mainly 19th and 20th-century documents related to government administration and the judiciary. For example, records found here include passport documentation issued by district offices (starostwo powiatowe) and notarial records (wills, marriage contracts, and land transfers, among others). There is also a very large collection of vital records from the parishes located north of Kraków.

Branch III – The seat of the National Archives in Kraków is located here. This branch occupies the building of the former hospital for the poor, built between 1761 and 1763 and owned by the Parish of the Blessed Virgin Mary. There are very important documents here for genealogical research covering both the pre-partition period and the later period, including the 20th century. For example, there are censuses for the northern parts of the former Kraków province from 1790-1791. Later censuses of the city of Kraków’s population from the 19th century, as well as more recent ones from the early 20th century (1910, 1921). There is also a huge collection of vital records from Kraków and parishes located south of the city. 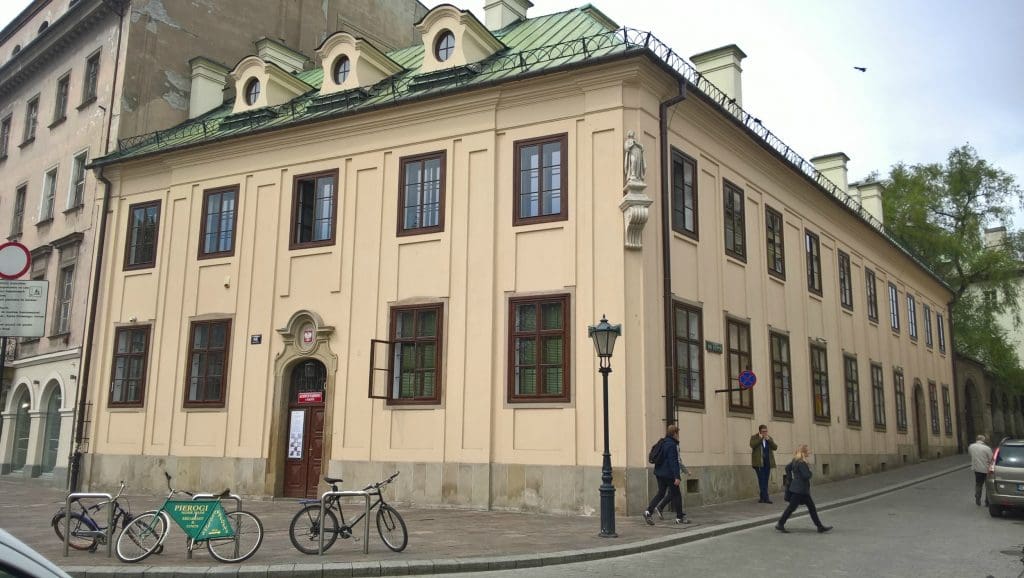 Branch III of the National Archives in Kraków.

Branch IV – Of all the branches, this is the one that is probably least useful to the genealogist. This branch includes collections mainly for the post World War II period (after 1945) and business-related documents. Since most people already know information about their recent family members, and are generally looking for records about those born earlier, this isn’t as helpful.

Branch V – Branch V’s biggest draw is the cartographic collections, including cadastral maps from the mid-19th century for a large part of western Galicia.

As previously mentioned, the branch in Spytkowice also contains various materials for Kraków, including files of the Kraków City Office from the mid-19th century up to 1945, and vital records of the Kraków parishes from the first half of the 19th century. Also stored here are collections that were transferred in 2010 from the branch in Nowy Targ, which has, in the years since, switched to primarily administrative and technical functions.

In the other three branches (Bochnia, Nowy Sącz and Tarnów) there are sources of all kinds, relating to only these areas.

Planning Your Visit to the Polish National Archives

In 2019 a new building will open, which will bring together the collections of all the city’s branches. It will be located close to the city center, east of the railway station. But for now, those who wish to use the collections must visit a reading room of one of the branches and fill out a user form (zgłoszenie użytkownika). This is only required on the first visit and can also be done online. Next, the researcher would need to fill out a request form (rewers) – usually one for each archival item you wish to view. Up to 10 items may be requested at a time. The waiting time to have the documents brought to you varies depending on the record and on archival staff limitations, from 5 minutes to 2 hours. After receiving the documents you can take notes or pictures by yourself. Taking your own photos with a camera or cell phone is free, but if you want to order photocopies, you have to pay for each page. This costs 2 Polish złoty (PLN), or about $0.50 U.S. Such an order is worth doing especially in the case of microfilm, since the scans are usually much better quality and higher resolution than the pictures taken with a personal camera.

If you’re planning a visit but don’t speak Polish, don’t worry. In the majority of branches of the National Archives in Kraków, staff members are fluent in English, so visiting patrons seldom have problems communicating. The staff in the reading rooms are always kind and helpful.

Contact information for the various National Archives branches is listed below:

The National Archives in Kraków, Branch I

If you’re interested in taking advantage of the Polish archives’ collections but are unable to make a trip to Kraków anytime in the near future, you may find some success online. State archives are doing their best to put the most commonly used documents (vital records and censuses) online at their official site: www.szukajwarchiwach.pl.

Legacy Tree Genealogists works with onsite researchers all over the world, including in Poland (like Ireneusz), who are very familiar with the Polish archives and their contents, and can visit any of the branches to obtain the records you need in person. If you’re not sure how to pursue your Polish heritage, we are ready to help! Contact us today to discuss what options are available.

Previous article: Spanish and Portuguese Citizenship for Sephardic Jews
Next article: No Strangers Among Us: Uncovering the Story of the Forgotten Soldier