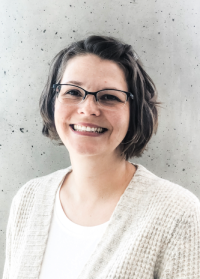 Jessica’s interest in genealogy began in the early 1990s after speaking with her grandmother about her family history. Like many families, Jessica knew virtually nothing about the relatives who came before her. Growing up in the Deep South during the Great Depression drove her grandparents to withhold many of their own, sometimes painful experiences. Doing so left a huge gap in the knowledge of where her family came from. While understandable, the questions still lingered so Jessica took matters into her own hands and set out to build her family tree over the next 25 years.

Jessica graduated college with a degree in Computer Programming but found that she had a knack for working with people rather than numbers. She was employed in sales and retail management for over 20 years before starting her own research company after the birth of her second child.

In 2015, Jessica convinced her father to take a DNA test and found they both had trace amounts of Ashkenazi Jewish heritage! This sparked an interest in the ever-changing field of Genetic Genealogy and she furthered her education earning a certificate in Genealogical Research from Boston University.

In 2017, on a whim, she and her husband decided to pack up their family, sell their house, and travel with their children in an RV across the United States. During the next two years, they visited 26 states but spent much of their time on the Oregon Coast. The memories they made will last a lifetime!

Jessica joined Legacy Tree Genealogists in 2019 and has used her skills to help countless people all across the world break down brick walls and identify their biological families. She has been featured on the Extreme Genes podcast, the BBC World News, and various blog posts. She shares her spare time with her husband, two children, and a menagerie of pets.