Do you have Scottish ancestry? We share one of our favorite tools for Scottish family history research! 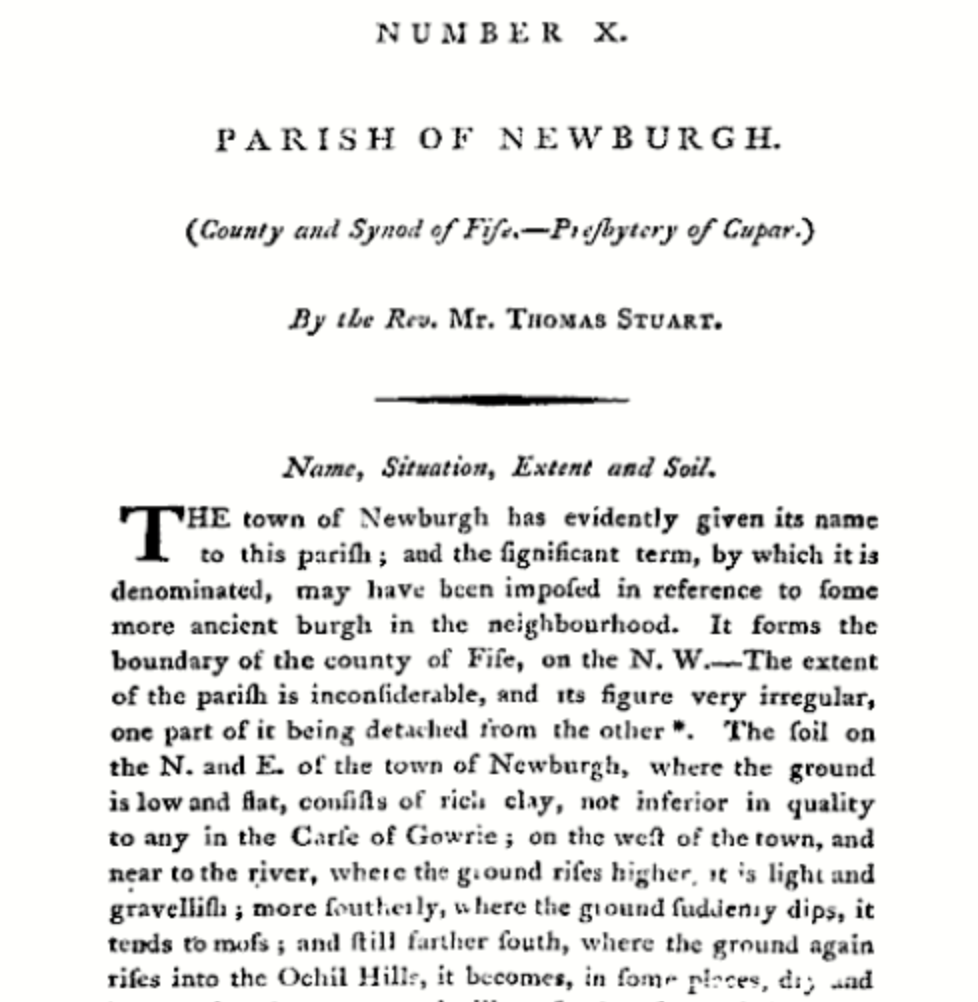 Entry for Newburgh Parish from the Old Statistical Account.

The Weavers and Fisherman of Newburgh

We searched the Old Statistical Account of Newburgh parish which provided a clear answer. The parish minister who wrote the statistical account reported that Newburgh was “a provincial town inhabited chiefly by sailors and weavers, possessed of small properties, and nearly on a level with respect to riches…”

The trade which occupies the greatest number of hands, is that of weaving cloth. No fewer than 270 of the inhabitants are at present employed in it. The weavers of Newburgh, however, do not yet abide constantly by the loom. Accustomed from their early years to handle the oar, as well as the shuttle, they betake themselves, in considerable numbers, to a sea-faring life, when the price of these kinds of cloth, which they are in the practice of weaving, falls low in the market…

The reverend continued on to explain the salmon trade and how sailors from Newburgh were often hired to convey the fish to the London market themselves. This account was a perfect explanation for the differing occupations found for William Lyell—clearly, it was common in Newburgh to be involved in both the weaving and seafaring trades, especially when linen prices dropped.

How to Search the Statistical Accounts 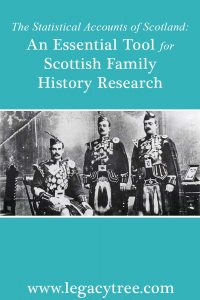 Both the Old and New Statistical Accounts are in the public domain and can be accessed on Google Books and Archive.org. However, there is also a dedicated website for the Statistical Accounts, which has fully digitized and indexed both accounts. It can be searched by parish name and by subject, such as “mills.” This index is freely available, though some features such as viewing specific results and downloading pages can only be accessed with a premium subscription. Specific parishes can also be found by clicking through the county map available on this website. Although names of specific individuals are not in the Statistical Accounts you will find contextual social details of those who lived in each parish.

If you have Scottish ancestry, our professionals and onsite agents are ready to help you learn more about your Scottish family history. Contact us today for a free consultation to discuss your research goals and determine which of our project options is best for you!

Mckenna has always loved history, culture, and languages, which made family history a perfect fit. Currently pursuing a master's degree in genealogy, she has a special love for Czech research after living there for more than a year and learning the language. Mckenna specializes in Eastern European research and finds writing and editing particularly rewarding. She enjoys the challenge of piecing families together one puzzle piece at a time.