Polish Genealogy Research in the Kingdom of Prussia

Finding records in Poland can be challenging due to historical fluctuations of its borders and a lack of available information. Legacy Tree Genealogists’ researcher Trina Galauner has extensive experience with genealogical research in Poland. In this blog, she discusses changes in Poland’s landscape and provides resources to find vital records to help you with your research. 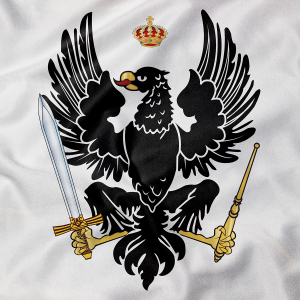 Ancestors that emigrated from Prussian Poland may have indicated their place of origin in several different ways. If they left before 1871, they were subjects of the Kingdom of Prussia, thus they were Prussian. After 1871, the Kingdom of Prussia became part of the German Empire, and they became German. They may have referred to their origin by the province in which they lived (for example, Posen, Pomerania, Silesia). In rare instances, Prussian Poles gave the name of their hometown as their place of origin.

Religious Records of Baptisms, Marriages, and Burials in Prussian Poland

The Kingdom of Prussia was largely Protestant, specifically Lutheran and Calvinist. With the annexation of the Polish lands, Prussia inherited a large population of Polish Catholics and Polish Jews.

Catholicism had been introduced by Mieczko I, Poland’s first ruler, in 966. It became the predominant religion of Poland. Beginning in 1563, churches were expected to keep registers of births and marriages. Later, in 1614, death registers were required to be kept. Some Catholic church registers in Prussian Poland date back to the late 16th century.

Civil Records of Births, Marriages, and Deaths in Prussian Poland

In many cases, the civil registration office (Standesamt) was not located in the town where the vital event occurred or in the village where the family worshiped. Therefore, for example, a child may have been born in a small village and the birth was recorded in the civil registration office that served that village while the child’s baptismal record was listed in a parish in an entirely different town.

During World War II, the Germans destroyed most early Jewish records. Many Lutheran church records in Prussian Poland were also destroyed during and after World War II.

Where to Find Vital Records for Prussian Poland

There is a range of resources to research ancestors from Prussian Poland that include indexes, databases, and images. Some are available online, others can be accessed digitally onsite at a state or diocesan archive, and some are available only in their original form at an archive, civil registration office, or parish church. Below are some of the most valuable online resources.

1. Ancestry
Ancestry has three sources specific to Prussian Polish research. These are:

The FamilySearch Catalog contains images of church and civil registers for the former Prussian area of Poland. The catalog is searchable by place. If you know the town where your ancestor was born or worshiped, it may be found in the FamilySearch Catalog. Once found, the records are browsable and may be indexed within the original books. Some records are available online, but others are only available onsite at the Family History Library.

3. Szukaj w Archiwach
Szukaj w Archiwach (Polish State Archives) is another portal to vital records in Poland. It is a database of collections maintained in the many archival repositories in Poland. This index is searchable by name of the town or village. It is important to note that the English spelling of the town may not always return a result. Using the Polish spelling, with appropriate Polish letters and diacriticals, is the best way to find what vital records are available for your ancestor’s town of origin and in what archive they are located. In many cases, there are links to the individual collections where digitized images are available for view and download.

4. Geneteka
Hosted by the Polish Genealogical Society (Polskiego Towarzystwo Genealogiczne), this index of birth, marriage, and death records covers the entire country of Poland, including the former Prussian ruled area of Poland. It is searchable by surname and browsable by province and village.

5. Metryki Genealodzy
Another database created by Polskie Towarzystwo Genealogicze (Polish Genealogical Society) provides images of the original church and civil registers for Poland, including some former areas of Prussian Poland. It is searchable by region and parish name or civil office. Images are browsable and some books may contain indexes.

7. Archion: Evangelical Central Archives in Berlin
The Evangelical Central Archives in Berlin holds Prussian Protestant records from the provinces of Posen, East Prussia, West Prussia, Silesia, Pomerania, and Brandenburg. This subscription website has online images of the existing church and civil registers held by the archive.

8. Jewish Records Indexing-Poland
JRI-Poland has a searchable database of indexes to Jewish records of Poland. It is searchable by surname within the region of Prussia. A search will return a list of records with the exact location of the original document.

These are only some of the many resources available for genealogical research of Polish ancestors in the former Kingdom of Prussia. State and regional archives and genealogical societies in Poland, Germany, and all over the world continue to index and catalog the vital records of the former Prussian Poland. They provide the roots for researchers to grow the genealogical family tree.

If you are interested in learning about your Polish roots but have hit a brick wall, let our staff of experienced researchers help you. Our team conducts detailed, personalized research in millions of family history records, spanning hundreds of years to tell you who your ancestors were, where they lived, and much more. Contact us to request a free quote, and a member of our Client Solutions Team will reach out to you.

Trina has over 25 years of experience in genealogical research and has written and published numerous family stories and genealogical articles. Her research specialties include the Midwest United States, Poland and Germany, with special interest in the Donauschwaben Germans of the former Austrian-Hungarian Empire. She has helped clients decipher Polish and Russian handwritten vital records, found passenger lists for elusive ancestors and helped discover locations of origin for immigrants through documents, letters, photographs and family lore. Naturally investigative, Trina enjoys thinking outside the box and digging into projects to find that tiny, overlooked clue that will bring genealogy brick walls tumbling down.